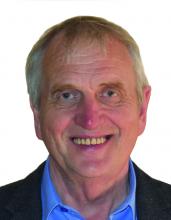 Cabinet members at Cannock Chase Council have listened to concerns made by residents about the plans of Hednesford Town Council to transfer the lease of the Pye Green Community Centre to the 1st Hednesford Scouts.

At its meeting this evening, Cabinet decided against allowing the town council to transfer the lease. They believe the lease should remain with the town council so the popular centre continues to provide benefit to the wider community.

Hednesford Town Council has two lease arrangements with Cannock Chase Council which allows it to run the community centre on payment of a peppercorn rent. The current leases have 105 years remaining.

The lease arrangements require the town council to formally obtain the permission of Cannock Chase Council where any major change to the building or its letting is planned.

The Cabinet was making its decision in the light of significant public concern that several community groups currently using and hiring the community centre would be directly affected by the scouts taking on the lease.

At a Cannock Chase Council meeting on 16 February a petition with 1,453 signatures was presented to councillors, opposing Hednesford Town Council’s plans. The petition was accepted by the Portfolio Holder for Innovation and High Streets, Councillor Phil Hewitt, who gave a commitment to review residents’ concerns and said a decision on the lease plans would be made at its next Cabinet meeting.

Explaining the reason for Cabinet’s decision, Councillor Hewitt said: “Although the district council owns the building, the terms of the lease mean that Hednesford Town Council is responsible for the day-to-day running of the centre, as they have been for many years. However, changes to the lease are a matter for us as this could impact on the longer-term use of the building.

“Hence when we see the sort of widespread concern from the community of Pye Green that has been playing out, we cannot ignore this.

“We have been advised that the scouts are looking to use the community centre for five nights a week and for 14 weekends during the year. But unfortunately this will mean that five current hirers of the building - from the local community - would no longer be able to use the centre and would be displaced. One of these groups has 60 participants.

“The scouts do a fantastic job in Hednesford but when a change in the leasing arrangements could have such an impact on residents’ use of a facility designed for wide community use, we do have a duty to listen and act as we see fit.

“Cabinet is agreed that the right decision is therefore to refuse what would be a major change in use of a much-loved community facility.”