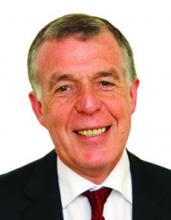 Cannock Chase Council has announced phase 2 of its social housing investment programme with a further £12 million of resources being allocated to this new phase.

Phase 1 of the existing Housing Investment Fund programme, which focused on building new social housing, is now fully committed. It includes the construction of new housing at  the Council’s former Hawks Green Depot which is now underway, acquisition of a site at the former Aelfgar secondary school in Rugeley that closed in 2011 which has now been purchased subject to contract, and a planning application in progress for a Council owned site in Chadsmoor. Together, they make up the £12.9 million first phase programme.

Phase 1 already reflects the Council’s commitment to the Climate Change agenda it agreed in 2019 with the construction of ultra-low energy buildings (passivhaus standard) in the Aelfgar and Chadsmoor schemes, while Phase 2 continues this emphasis on becoming carbon neutral.

The additional £12 million of resources will see the commencement of a retrofit programme to the existing stock and the continuation of the Council’s new build programme.

The allocation will allow the Council to begin decarbonising its housing stock as part of its Climate Change commitment.

Councillor George Adamson, Leader of the Council said: “This authority has waited a long time to see new social housing being built and the provision of a further £12 million to continue this programme, and commence making a start into achieving carbon neutrality, is most welcome.

“Tackling Climate Change is a key priority for the Council and so it is especially pleasing to address this and to create much needed additional housing as part of this concerted approach.”