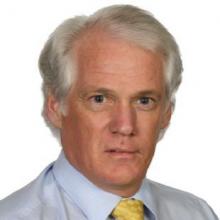 Graham was Deputy Leader of the Opposition, Housing Shadow Portfolio Leader and held seats on a number of committees at Cannock Chase Council.

Shadow Cabinet Leader Paul Snape said “Graham will be sorely missed by all. He really was Mr. Hednesford. He represented the Town at both County and District level and always so eager to protect the Chase and our Areas of Natural Beauty.”

Leader of the Council George Adamson said “It was a great shock to hear of Graham's death. While we had differing political views, I respected his commitment to our District.  Graham chaired the Friends of Hednesford Park and worked hard to ensure that the group continued to go from strength to strength.  My thoughts and prayers are with his family.”

A minutes silence will be held for Graham at the Council Meeting on Wednesday 5 July.