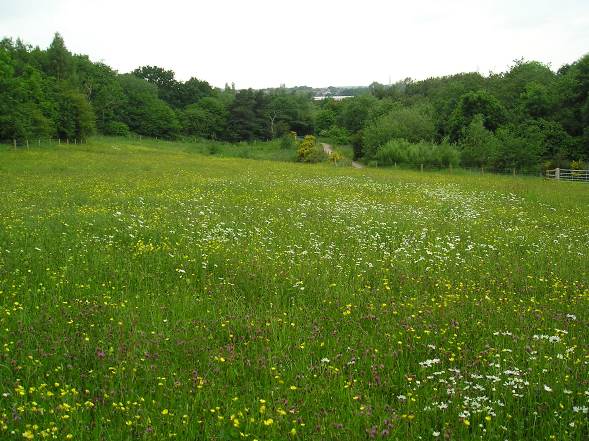 A set of inter-connected reserves in the heart of Cannock containing hay meadows, rush pastures, woodlands and wetlands.  Stretching from Cannock railway station up through Heath Hayes and incorporating Milking Brook. 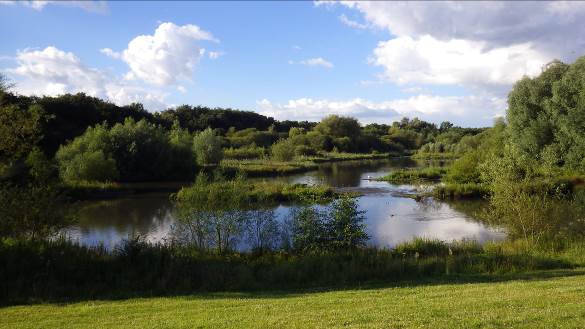 The site has a number of stunning examples of traditional hay meadows. Rush pastures, wetland areas, ponds, streams and areas of arable wildflowers are all present within the reserve. The reserve is well known for its diversity of wildflowers with over two hundred and thirty species being recorded in recent years. Some of the hay meadows support over eighty species of wildflower.

The woodlands consist of a small area of ancient oak wood and newer plantations and are home to willow tits, song thrush and bullfinch. In the ancient oak wood the ground flora is noticeably richer than in the more recent plantations and contains an abundance of wildflowers in early spring with masses of bluebells and the white flowers of greater stitchwort. Bats that feed and commute though the reserve include common pipistrelle, brown long eared and soprano pipistrelle bats.

Around the pool at the Mill Green there are areas of species rich fen. Plants such as reed sweet-grass and reedmace tend to dominate but also present are species such as skull cap, meadow sweet, purple loose strife and wild angelica. In the winter the pool attracts small flocks of teal as well as the usual mallard and canada geese. 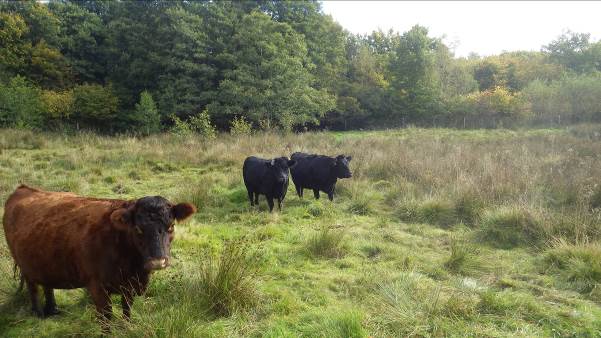 The species rich meadows are managed by allowing the grasses to grow from April to the end of July or August. A traditional hay crop is cut once a year and aftermath grazed by our Dexter cattle. This removes the nutrients and allows wildflowers to flourish year after year.

The rush pastures are also lightly grazed through-out the year. The cattle are moved regularly to give the wildflowers a chance to flower and set seed. These wet pastures are very rich in plant species associated with damp grassland.

The woodlands are managed by a cycle of coppicing and scrub layering. Hedge rows are sensitively maintained. These are managed to benefit the bird life present on the site.

Invasive species such as Himalayan balsam is prevented from taking over reed beds.

This 100 acre site comprises of ecologically important areas which were identified for preservation when this former agricultural landscape was developed in the 1980’s. It is situated in the small valleys formed by Hawks Green Brook, Milking Brook and Ridings Brook and is part of the green spaces laid out in the Development  Master plan from that time. These areas have been managed by the Countryside Service since then with the aim of preserving and enhancing these increasingly scarce and important habitats. The reserve contains the last remnants of species rich grassland and ancient oak woodland in Cannock Chase District and forms a green oasis for wildlife with development bordering the site on all sides.

Mill Green has a level circular route to health walk which is 1km long. The rest of the reserve has a mixture of surfaced and un-surfaced paths. There are some kissing gates that require a RADAR key for wheel chair access. A range of short or longer walks can be undertaken throughout the reserve.

Fishing is available by permit all year at Milking Brook pool. Fishing is catch and release dawn till dusk, the pool contains a range of coarse fish. Permits are available by calling the Council Offices 01543 464621

The reserve can be accessed from many locations. There is a large free car park (up to 3 hours)  at Mill Green, off Lichfield Road opposite the train station. There is also a car park off Deavalls Way and some smaller parking spots in the Hawks Green area.