Across Cannock Chase District reports of domestic abuse predominantly involve a female victim; however, men can suffer domestic abuse too. Male abuse is extremely under reported.

Valentine’s Day should be about celebrating the love and affection between a couple. This will not be the case for some men and women living in Cannock Chase District this Valentine’s Day.

For some men and women, this Valentine’s will just be like any other day.

The campaign named ‘Valentine’s is just another day…..’ is part of a wider initiative - It’s Never OK that aims to reduce the number of domestic and sexual violence incidents as well as encouraging victims, both men and women to report their abuse.

The campaign encourages victims, individuals and families who have concerns to report abuse and get support from New Era’s Staffordshire and Stoke-on-Trent 24-hour confidential helpline on 0300 303 3778 or access their 24/7 live chat facility at www.new-era.uk 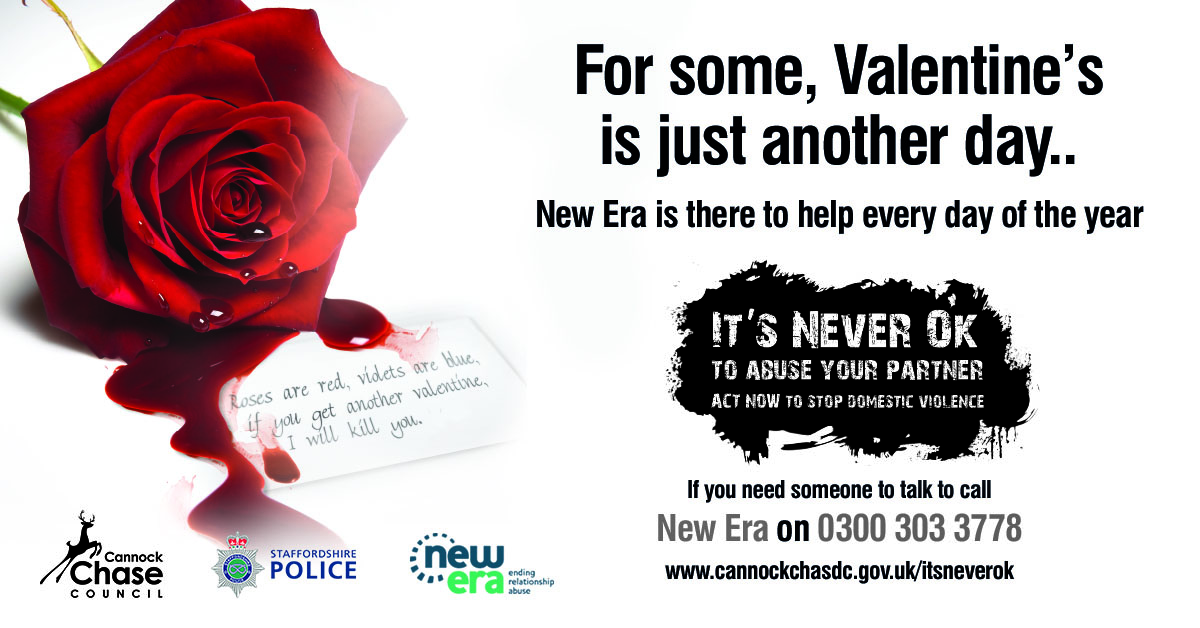