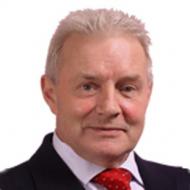 Two tenants have recently been evicted from their Council homes by Cannock Chase Council after making their neighbours’ lives a misery.

A Council tenant from Devon Road, Cannock was convicted on 22 August last year for drug related offences for ‘possession of controlled drugs with intent to supply’. Based on these offences which occurred at the Council property, Cannock Chase Council sought possession at Walsall County Court and the eviction was subsequently carried out on 31 January.

The Council also received a catalogue of complaints from residents in Kelly Avenue in Rugeley about a Council tenant and visitors at the Council property causing persistent noise, shouting and verbal abuse while under the influence of drugs and alcohol. A warrant was executed and the tenant was evicted on 7 March. The tenant was required to pay costs of £1,057.74. The District judge also awarded costs to the Council of £432.

Cannock Chase Council Neighbourhoods Team has a zero-tolerance approach to

Anti-social behaviour and works closely with Staffordshire Police to tackle it. Where there is enough evidence, legal action will be taken and tenants are taken to court. In both of these cases the Council believes it has achieved the right outcomes.

Councillor Alan Pearson, Housing Portfolio Leader said: “We have so many good tenants; it's a shame the few bad ones make life unbearable for their neighbours and communities through their Anti-social behaviour.”