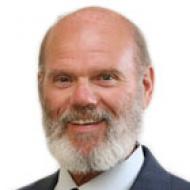 Cannock Chase Council is pleased to learn that the final remaining question mark on completion of the £76m Chase Line electrification between Walsall and Rugeley has been removed.

While the project started in 2013 with bridge reconstruction works, including two structures at Hednesford, following an overspend by Network Rail on other electrification schemes, the Government announced a “national pause” on electrification schemes until a better understanding of the cost increase had been obtained.

At the same time, Sir Peter Hendy, Network Rail Chairman, was asked to conduct a thorough review of Network Rail’s planned five-year funding programme to, ensure that the planned railway upgrade projects were affordable and deliverable.

While the Secretary of State for Transport, confirmed in July that the Chase Line electrification, was not caught up in the “national pause,” it subsequently emerged it was still subject to the outcome of the Hendy review on Network Rail expenditure.

The final report of the Hendy review on Network Rail expenditure was published on 25th November and has confirmed that Walsall-Rugeley Chase line electrification can proceed as planned for completion by December 2017.

The same report also confirmed that the £5.5m line speed upgrade has also been approved. This will allow the slow linespeed of 45mph, to be increased over various sections to 50mph, 60mph and 75mph.

Councillor Gordon Alcott, Portfolio Leader for Economic Development and Planning said “This announcement removes any final doubt on completion of the £76m Chase Line electrification project which is so vital to attract new investment to the District and assist regeneration. It will also bring with it the “sparks effect”, whereby electrification of railway services leads to significant jumps in patronage and revenue, offering faster, more frequent and comfortable services.  It will also have low emissions so be cleaner to the environment.

The Chase Line electrification of the 15 mile missing link between Walsall and Rugeley, has been a strategic priority for the Council for many years. Electrification, when coupled with increased service frequencies and rail journey time reductions, could support the creation of around 160 new jobs and lead to regional economic benefits of around £110m in terms of GVA (Gross Value Added).

The Council was also pleased to learn that the linespeed will be upgraded at the same time, from 45mph, to up to 75mph.  The current linespeed is the same as when the line reopened to passenger trains in 1989. As a member of the Greater Birmingham & Solihull Local Enterprise Partnership, the Council has been pushing for a maximum journey time by rail from the outer edge of the LEP to Birmingham City Centre of 45 minutes. As a result of this investment, journeys from Cannock, Hednesford or Rugeley will be closer to achieving this target.

But this is not the end of the story and the Council is now talking to partners in promoting upgrades to Cannock, Hednesford and Rugeley Town stations.”