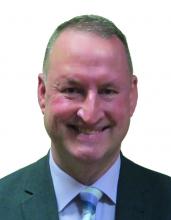 With work progressing behind the scenes to turn the £20 million Levelling Up Fund allocation for Cannock town centre into reality, a new survey has been launched to capture residents` perceptions of the town centre as it appears now.

The perception survey follows a virtual public consultation exhibition that appeared on the Council’s website asking for views on leisure and culture in the town centre, connectivity, and the potential for business and skills workspaces. That received 231 responses.

The new, and short, perception survey asks residents for their opinions over a series of areas including `how the look and physical space in the town centre make you feel`, `what would make you visit more or stay longer`, `the best and worst bits on the town centre` and `if you feel safe when visiting it`.

All responses received will go a long way in helping to create a useful understanding of what the District’s residents think about the current state of the town centre.

This will form a benchmark to guide developments that take place over the next few years to re-vitalise Cannock town centre for the better.

It will support already announced plans to revitalise the night time economy with a new cultural quarter based around the Prince of Wales Theatre and Church Street, improved entry points into the town centre including via the subway off Beecroft Road, and new space allocated for small businesses and entrepreneurs to help grow the local economy and tackle skills levels locally.

Helping to launch the perception survey is a new 4-minute video which has been specially produced to highlight the need to develop the town centre and address its current challenges.

All show their commitment and passion to making full use of the Government’s Levelling Up money. Several local traders and shoppers also feature to give their own views on the current state of the town centre and what should happen next.

To take part in the perception survey and to watch the accompanying video go to www.cannockchasedc.gov.uk/levelling

Welcoming the survey, the Deputy Leader of Cannock Chase Council, Councillor Bryan Jones, said: “Activity to improve the town centre is ramping up and will start to become visible over the next couple of years, beginning with the demolition of the multi-storey car park.

“In the meantime, a great deal of work has been taking place to appoint specialists to help us carry out the development work, conversations taking place with partners and some of the retailers - albeit often confidentially at this stage to ensure the £20 million allocation is spent wisely.

“As we are able to, we will reveal more about the plans in the coming months, but meantime we would dearly love to hear how residents currently perceive what the town centre offers or rather doesn’t, which will help us plan for a brighter place to visit and enjoy.”

The £20 million funding to improve Cannock town centre has come from the Department for Levelling Up, Housing and Communities. The perception survey is open until 21 June.