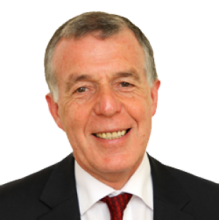 A Local Government Association Corporate Peer Challenge has concluded in its final report that Cannock Chase Council “appears more confident than in 2016, with the cloud of an uncertain future resulting from the news of the closure of Rugeley Power Station now lifted”.

The five-strong Peer Review Team of council leaders and chief executives released its final report after spending two days at the Council in July. This was a follow-up visit to assess progress made since the original assessment by the team in September 2016 which happened to coincide with the power station`s announcement, and the realisation this would lead to the loss of over £1.7million in business rates for the Council over two years.

Since then “the Council has delivered impressive efficiencies of £1.3million through the Financial Delivery Plan”, the Peer Team said. It recognised how the Council has risen to this challenge and commended the difficult decisions taken by members and the work delivered by officers.

In a letter to the Council`s Managing Director, Tony McGovern, dated 12 August and reported to the Council`s Cabinet on 19 September, the team applauds “how the Council has dealt effectively with this challenge, and made other improvements”.

It noted “how councillors and the management team have a `dynamic vision for the district` as set out in the Council’s Corporate Plan 2018-2023”. The Council has also “developed and set its future ambitions through establishing a Housing Investment Fund (£12.9million) and a District Investment Fund (£6.5million)”.

The Peer Team recognised “that the Council is doing some tremendous work on building and maintaining relationships” and “is an important and valued partner that is proactive and able to make things happen”.

Councillor George Adamson, Leader of the Council, said: “We take great heart from the Peer Review team`s findings. There is no doubt that our finances were under huge strain in 2016. We had to act decisively by undertaking a Financial Recovery Plan and consulted widely on a range of savings options to make.

“Thankfully our finances are now stable, although we do remain concerned about future funding levels from Government.

“But what has been remarkable is how the Council has managed to push forward several major projects across the District since 2016 which all aim to improve the lives of our residents. The Peer Review team was amazed at the progress made and our current ambitions.”

However, the team did note how “in common with other councils, capacity is stretched” and that to ensure CCDC delivers on its ambitious plans “it will want to ensure that its resources are appropriately aligned”.

“This is something the Council will certainly be taking on board”, said Councillor Alan Pearson, Corporate Improvement Portfolio Holder, who added: “The team were very conscious we are moving into a different type of operating environment than the one we were in during 2016. In fact they commented that perhaps we should be shouting more loudly about the work and achievements we are now pursuing, such has been the turnaround they have witnessed three years on”.

Letter from LGA to CCDC - 12 August