Councils have a role to play in the provision of good quality play areas and open spaces. This is why Cannock Chase Council is committed to providing good quality parks, play areas and open spaces for all to enjoy. This page will provide you with information about new improvements that will be made to exisiting sites across the District and how you as local residents can help shape their design.

Please see below the latest locations we are currently working on.

Works to the park and play area at the Cema - Chapel Street Park in Norton Canes have now been completed.

The community of Norton Canes can now enjoy their new green space and make the most of the newly installed circular pathway with green gym equipment as well as a new play area for children and families. When accessing the park, visitors will be greeted with beautiful pieces of entrance artwork that depict the history of the site.

In December 2019, Cannock Chase Council’s Cabinet approved the spending of £120,000 to improve the play area and open space at The Cema – Chapel Street Park in Norton Canes. The money has been allocated from Section 106 funds collected from housing developments in the village.

Find out more about the new improvements made to the Cema here.

In June, Cannock Chase Council’s Cabinet approved to spend £168,000 on refurbishments to the existing play area on the Wellington Drive site in Cannock.

Significant development has taken place in the Cannock South Ward over the last 10 years.  The Council will utilise section 106 monies from these developments to fund the project.

The existing play area was last updated in 2001.  It has no provision for inclusive play and has no direct access for pushchairs or wheelchairs.

The refurbishments will include, the provision and relocation of a new fully accessible and equipped play area, new formal hard surfaced footpaths, relocation of grass kick about area and a new site access barrier.

The site improvements will also include tree planting, which will contribute to the Council’s climate change agenda.

Works aim to be completed early 2023.

If you live by this site and would like to give us your feedback on the overall site plan, then please take a look at the attached leaflet. 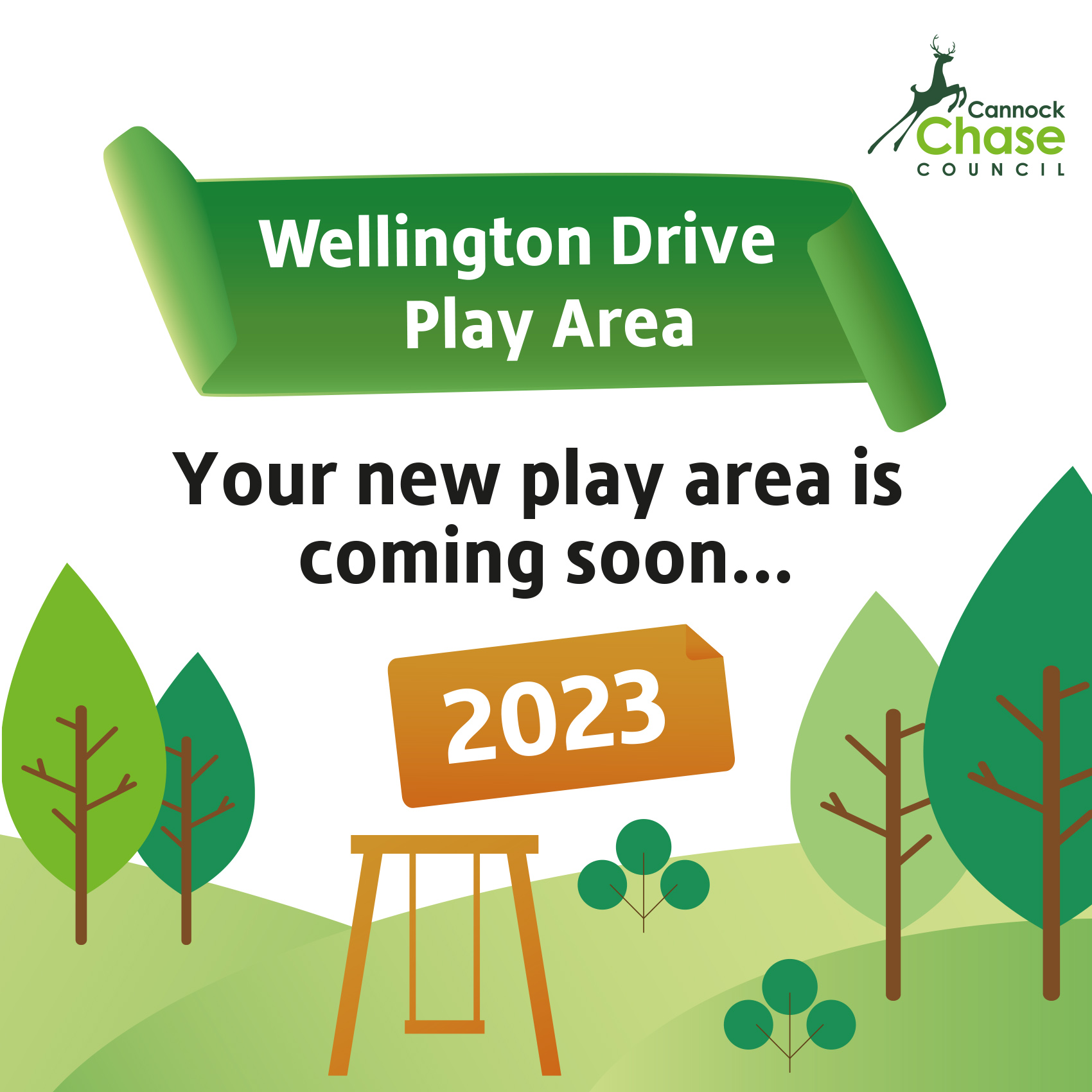 In September, Cannock Chase Council’s Cabinet approved to spend over £385,000 on improvements to the play areas and open space on Laburnum Avenue in Cannock.

The funds will be allocated from Section 106 monies, from the development of housing on nearby land.

The existing play area is not fully inclusive and has 10 pieces of play equipment which were last partly refurbished in 2005.  The site currently has a small pond, wetland, a stream and riding brook, a football pitch, and a grassed kick about area.

The proposed improvements will be delivered in three phases.  With the estimated costs for Phases 2 and 3 being approved at a later date.

The first phase will include preparation and earthworks, improvements to the main pathways and play area, fencing and landscaping. It will also include installing a multi-use games area (MUGA), green gym equipment, and site furniture. All of which will be delivered over the next 12 months.

More information about this development will be published soon.